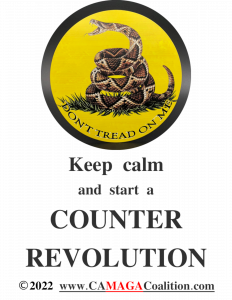 Originally this site was intended as a place where American Patriots in California could get the tools to find like minded people in their neighborhoods to create communities of resistance to the Socialist, New World Order.  These local communities will create cells of resistance to the Revolutionary Junta and its control over public discourse as was done in the countries of Eastern Europe during the era of the Soviet Empire.  Although those efforts are ongoing, it has proved to be far more expensive than expected, more difficult to raise sufficient funds, and more difficult to acquire the skills and tools to create a workable system from scratch in a reasonable amount of time.  These efforts are still underway, but things are proceeding so very much slower than hoped.  For those who want to keep up with events visit the News and Information Page. 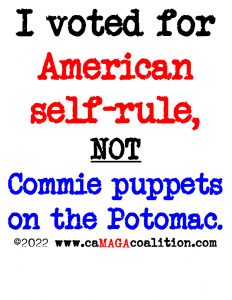 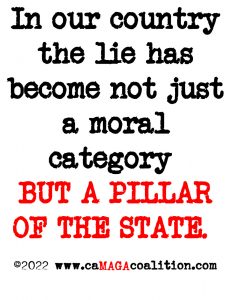 In our times Americans spend much more time looking at their screens than they do looking at each other, even in the same household.  In this post Covid world a substantial fraction of the population are still governed by fear of having face to face conversations with masks, let alone without lest they ‘catch their death’.  Yet it is face to face communication that builds communities that will endure should the internet be even more shackled than it is or if the lights go out for any length of time. 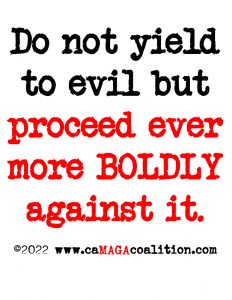 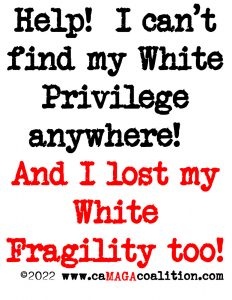 The fall of our Republic was orchestrated over the course of many years by a war of infiltration and subversion.  It will not be restored in a day or a month or a year.  It will be restored by a war of counter infiltration and subversion, and it will go on for a long time to come.  In wars past victory was achieved by destroying the enemy’s material capacity to continue to fight by physically destroying the means of waging war: sinking his ships, shooting down his planes, bombing his factories, capturing or killing his troops.  This war will not be like that. 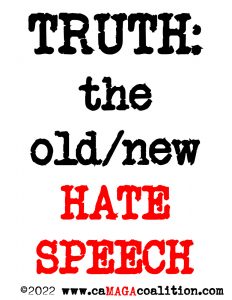 Our war will be an information war aimed at undermining the enemy’s claims to legitimacy by exposing him; his lies, his evil deeds, his bad faith, his hypocrisy, then defying him with non-violent civil disobedience and mercilessly mocking him.  There is no little degree of risk involved in this, patriots have been, and will be again, harassed, de-platformed, cancelled, blacklisted, broken financially, imprisoned and even killed for refusal to submit and comply.  Not everyone will have the means or the will to resist to the same degree. 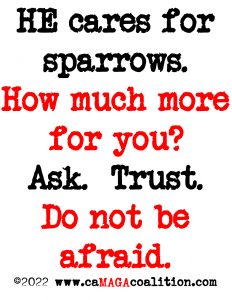 To that end your Irascible Correspondent (that’s me!) has developed a line of tee shirts to confront and defy the propaganda lies of the enemy, expose his insanity and uphold the truth.  They are very simple, without much in the way of graphics or fancy design.  None are offered in black as black is the chosen color of BLM and Antifa, which reflects their allegiance to the Prince of Darkness and Father of Lies.  We are Children of Light and of the Day.  The text of each is simple and readable, the font crude, reminiscent of the typed flyers of underground resistance movements in the Socialist regimes of Hitler and the Soviet Empire. 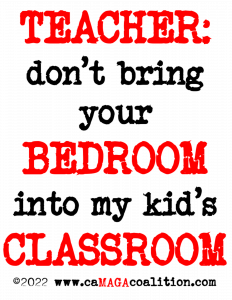 These are designed to hearten our friends, discourage our enemies, challenge their dogmas and influence the undecided.  I wear these shirts every day and I can personally attest that they bring hope and encouragement to our friends and provoke our enemies.  They are great conversation starters, allowing committed patriots to vet potential recruits to their communities of like minded people. 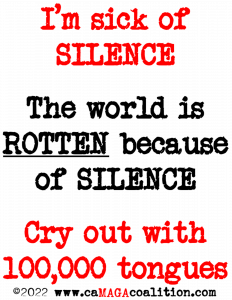 Let’s get to work.