Over at Hillfaith.org there is a very interesting article with video (below) discussing the four principal tenets of Critical Race Theory.  I actually find the title of the article: “THINK ABOUT THIS: Black Pastor Explains Four Basic Tenets of Critical Race Theory” irritating because I don’t see the relevance of his skin color to this pastor’s presentation.  It would not matter if his melanin content were other than it is, or if his ancestors hailed from any other continent on the globe.  Truth is truth, regardless of who speaks it, just as a lie is still a lie no matter who tells it.  It all strikes me as a kind of self conscious pandering which is a concession to the lies the Marxists are wanting us to believe.

Anyhow, here is the Pastor himself, Voddie Bauchman of the Flat Creek Baptist Church.  I just wish they had included the rest of his sermon.

So the question has to be asked, what is the point of Critical Race Theory?  Yes, sure, to scapegoat Whites in retaliation for evils past and present, real and imagined.  It will have the function of compensating for a sense of inferiority that non-Whites are presumed to have: “I’m OK because you are not.”  That certainly seems plausible, but your Irascible Correspondent believes there is a deeper, more nefarious reason.

All religious systems rely on a universal mechanism to maintain social harmony as first remarked on by René Girard in his 1972 seminal work “Violence and the Sacred,” which subsequently became the focal point of his professional life.  The central thesis of his work is that when the mechanisms in society which moderate envy among its members break down then society begins to come apart which is marked by an increase in violence.  The solution is to sacrifice a human victim on whom the entire rage of the society is displaced, which ritual murder then resolves the tension and restores harmonious relations among the members.  This bloody mechanism is present in all societies ancient and modern, primitive and sophisticated.

The way out of this cycle, according to Girard, is Christianity, in which a single blameless victim is forever present, drawing to Himself and defusing the ire of the world through all ages.  It was this realization that restored him to the Catholic Faith which he had abandoned in the French educational system.  For those interested “Violence Unveiled, Humanity at the Crossroads” by Gil Bailie, an erudite and beautifully written exposition of these themes. 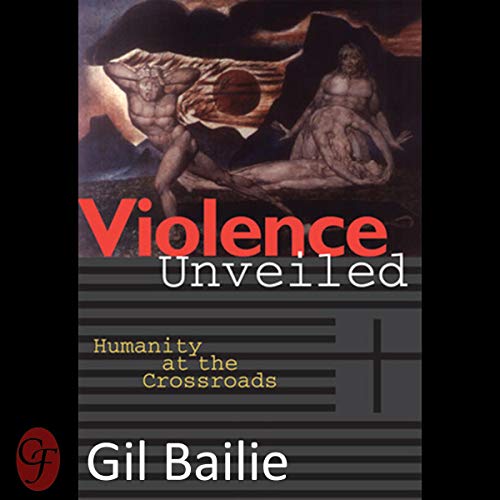 In our own land we have seen in our time Christianity greatly diminished and in its place the rise of Marxist Socialism in the guise of “Progressivism,” a religion no less dark and bloody than any of its preceding iterations.  In fact, wherever Socialism, or Communism – Socialism in a hurry – has gained control, dissolving the traditional glue of social cohesion is a primary goal, and inevitably the hallmarks of Socialism quickly appear: Famine, Terror, Failure and Mass Murder.

Critical Race Theory appears to prepare the ground for the last of these, Mass Murder.  Critical Race Theory is a religious dogma used by the current Communist regime, which is envy based, as they all are, to engender, engorge and direct the anger of supposed victims to designated perpetrators, Whites, working them up into a killing rage in preparation for a killing spree.  It is the moral justification for the mass murder of Whites wherever Western Civilization has been displaced by Marxist barbarism.  Of course, the fundamental problem is not the Original Sin of Whiteness, but Original Sin itself, which because it cannot be expunged by bloody paroxysms of violence, nor cleansed by the Blood of the One Spotless Victim (since they deny Him), remains to reignite the cycle.  Always, the first victims of the cycle of violence are only the first victims, there are always more.

It is this author’s hope and belief that America in on the cusp of another Great Awakening, which alone can restore our nation, and our own souls.

To have a successful Counter Revolution you must understand the how of the Revolution.  Step 1, Demoralization is complete. Ask me how

The fight of a small Texas city against Critical Race Theory throws important light on what it takes to win.  The American Mind carries the story, including a concise summary of what is needed: There are four lessons to learn from the Southlake victory: Use Freedom of Information Act requests to get the real story…

The question has long been asked as America slides to destruction, “Where the hell are the churches?”  It is a fact that the churches have fallen down on the job, consequently everything is turned upside down.  This country was founded on Christian principles (not Judeo-Christian principles, the founders would not have known what you’re talking…

I created two new t-shirt designs to help you encourage our friends, dismay our foes and sway the uncertain.  Go check them out!  Clickable images.